My last post on this blog was about 'Ahl al Kitaab' (the people of the book) in Jordan. Today I wanted to share my impressions about the other country in which I did my observations for this particular travel blog: Morocco. As we can see Morocco lays between Europe a.k.a. 'the western world' and the arab countries in North-Africa and the Middle-East. Does Morocco, because of it's position, hold a 'tolerant' view against the other people of the book as they do in Jordan?

As I mentioned in my last post I was very surprised to find a big Coptic church next to the biggest Mosque in Amman in Jordan, and even more churches in the rest of the country. In all my travels to Morocco I have only seen 2 churches and 2 synagogues. And this was in the Capital Rabat. According to the CIA the population of Morocco consists of nearly 99% Muslims,0,8 Christians and only 0,2% of Jews.1 Quite peculiar for a country next to Europe.

But I also found the inhabitants of Morocco quite strange to Christians and Jews and their religious habits. An interesting fact is that in Tamazight (a language widely spoken in the northern part of North-Africa) the word for Christian or Christians is Iromiyen, which is led of from the words Romans,wild and unmannerly. 2  Of course after all these years nobody really pays attention to the descent of this word. Nevertheless the general feeling in Morocco about the 'people of the book' is in my point of view positive. Morocco has shared a lot of history with Christian countries and has therefore never been a 'stranger in their mids'. Therefore, I think that the fact that there are not so many churches and synagogues in Morocco compared to Jordan is simply explained by the structure of the population and the history of this particular country. 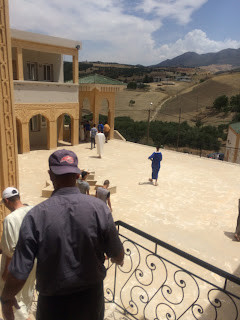 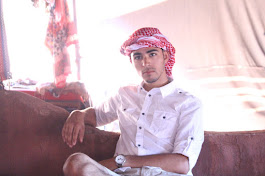